Please see below for test and inspection issues.

What are the test methods in PCB' inspection?

1 - Optical Analysis :
Optical inspection for the purpose of illuminated magnifiers and microscopes in the past has been used to date. Cards and better image smaller electronic devices has increased more vibrant and dynamic stereo vision and the high magnification imaging needs.

2 - Automatic Optical Inspection (AOI) :
Manual optical inspection systems, gives a detailed analysis and review opportunities for the detection of errors and quality problems. Series SMT production lines in less than a minute to string thousands of points of view, polarity, writing, offsets, presence-absence, should be able to examine the quality of solder and soldering errors. This automatic optical inspection systems are used to meet the need. SMT AOI inspection while the total investment can make more efficient production line can be abbreviated. Having a greater number of placement machines used in the production of SMD line card increases the cost of investment. In which the number of SMT circuit board member is busy occupying less space in the production area of the factory, unit investment costs for production lines in the string to reach the minimum number of machines with higher placement rate is significantly lower. Less energy is used to decrease the number of machines will occur less maintenance costs and operation and maintenance costs similar reasons, it can also be significantly reduced. A very busy board with a line of high-capacity SMD to be completed within 15-30 seconds. Very short cycle times in the string of automatic optical inspection of a card made must be able to be completed within the same period. AOI system must be able to keep up with the production line typesetting time and be able to complete all the required inspections quickly. Zero being the inability to capture the true error rate of the system in addition to the rapid test, not really fault error, it should report the error rate is low. In fact, failure to report as non-errors lead to unnecessary loss of time. AOI system, the separation of the faulty card without communicating to the next machine should also be collected from the interface of S and me. Modern AOI systems used in advanced lighting and camera systems are simple mistake and displayed outside thanks to the introduction of soldering failures can be more difficult to be identified. Easy programmability and OCR / OCV sought between features. Classifying errors and save the captured database server capable of Pareto analysis and statistical control, which communicates with its neighbors production and test equipment, information gathering and processing software available. For example TRI firm YMS (Yield Management System) receives information from the software testing and production devices are sent to the machine.

3 - Electrical and Functional Testing :
Electrical testing systems used to catch any errors that may occur in the circuit board at the end of the production line. Optical inspection with a soldering point seems proper, it does not provide information about the value of electrical circuit elements. Of electrical test and functional test methods it is possible to guarantee the proper functioning of the circuit board. To this end, in-circuit test (in-circuit test) production method using studded with bed bugs and function testing adapter (MDA or FCT) is made.

4 - X-ray Inspection :
The types of errors of each test and inspection methods that can detect the best on the circuit board varies. For example, the AO device with circuit elements on the articles can be read, offset material, can not obtain information about the polarity of the electrical disturbances denetletilebilirk internal structure of the circuit elements. X-ray examination, due to show the internal structure of the circuit board is a very powerful method. X-ray examination method is brought to the accumulated X-ray image on the computer screen. X-ray tomography images of a 3D micro method (MCTs), the error in images obtained by coupling it is possible to display a marked. Choosing the right fit for purpose x-ray system can be confusing criteria. The high power X-ray contrast can keep the same high geometric magnification thus ensures better quality of detail recognition. Because to increase the geometric magnification without sacrificing quality will bring to identify high-contrast detail. X-ray tube used in a small focal spot is how it may be that a sharp image. On the other hand focal spot [X-ray of the range out of the tube. So no matter how narrow this range can be achieved with a sharp image.] To be released from the smaller tube x-ray flux at that rate will be low. In this case, with minimization of the focal spot, and it will show the highest possible x-rays. Another important selection criterion for the X-ray image sensor system is also type. By making the usual x-ray systems in traditional x-ray phosphor coated on the surface appear analogue CCD [English Charged Coupled Device, analog image acquisition device] or CMOS [English Complementary Metal Oxide Semiconductor, an analog image pickup device] is converted to the camera image. CCD technology at Bell Laboratories in 1969 and developed by Willard Boyle and George Smith were commercialized in 1973. Other methods used in flat panel displays and digital X-ray system (DFPD [English Digital Flat Panel Detector, digital image sensing device.]) Is made in the image sensing. DFPD image sensor TFT technology with parallel time.This Philips, GE, Xerox has developed in Thomson and a number as a result of collective theoretical research and development started at the university during 1985-1990, and the first commercial product was introduced in 1997. DFPD image sensing technology in the analog signals that transmit the image in question is caused by electrical noise in the image tingling occurs. What improvements without interpolations with a real-time images and flicker-free image can be obtained. Traditional CCD image sensors of digital flat panel [i] Another advantage of the sensor are also being lighter. X-ray images to be examined in the system area and volume calculations can be performed from the electronic circuit board. Electronic circuit components inside the connecting wires, solder-plated holes of the inner fullness (barrel fill), the diameter of the cavity inside the BGA ball BGA ball deformities seen in and so on. calculations can be performed automatically. The automatic x-ray inspection systems for detailed reports and analysis instead of x-ray image of the AOI system lArIndAkine tested with similar image processing algorithms.

X-ray examination is a desirable feature not available in any other system is an advanced positioning capabilities of the axis. Lighter and can be manufactured in small digital flat panel detectors has lifted the axis positioning system that eliminates the necessity of a more cumbersome mechanical structure. To look at an angle to the card brings with it the rule incorrectly places to see from different angles. Card retention plate, image sensors and X-ray source is able to move independently and freely adjusted geometric magnification also be able to examine in detail the card. On many cards on the board with a circuit element X-ray image to be taken to examine the desired location is a desired feature quickly. X-ray image in the desired location can be time consuming to find. For this model Yxlon Cougar click and go (English Click & Move) feature for your convenience. Click and Go feature allows clicked on the location of the video image X-ray image appears on the screen in less than 1 second. Another feature of the model can be programmed y.coug also viewed the spot. The memory can be visited in order to examine the coordinates of the desired point, coordinates the program stored in memory can be saved to file. Later, when placed in the same card without the need to reconfigure the device immediately navigable between points of interest. Programming can also be taught as can be done by giving the coordinates.

We have 233 guests and no members online 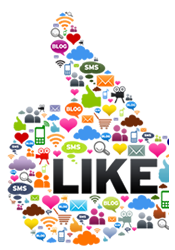 RT @6TL_Engineering: This week we have been in Turkey together with our partner @assemcorp visiting our customer @ecoplas_ , to install a 6…

RT @HakkoUSA: Happy New Year to one and to all, and to all a goodnight! Stay safe and we'll see you next year! #happynewyear #2023 #hakkou…